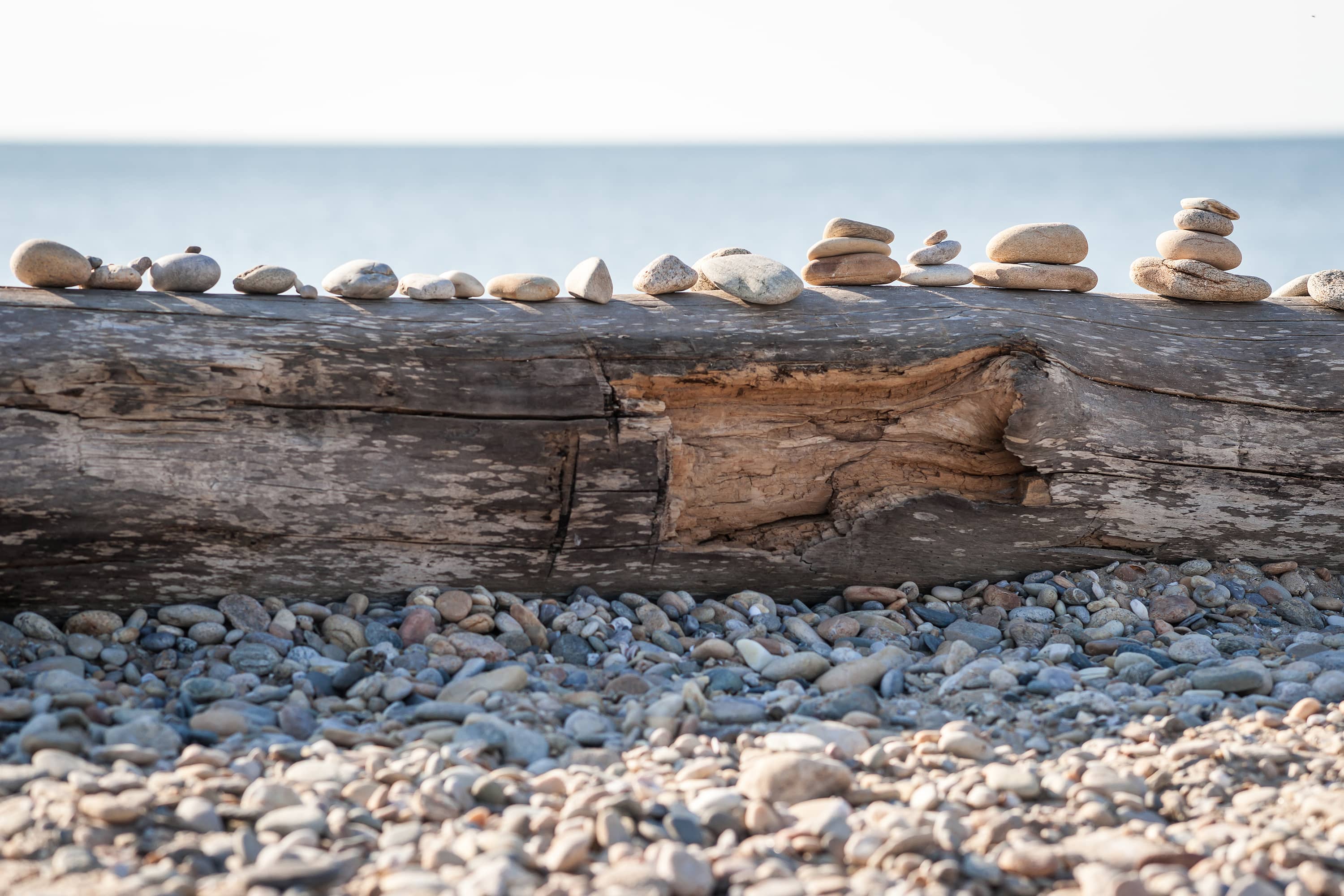 Montauk, New York, a hamlet at the east end of Long Island, is a popular getaway travel destination from New York City and the world.

Montauk is located on the Atlantic Ocean and Block Island Sound and is known for beautiful beaches, like Ditch Plains; oceanfront places to stay; things to do for kids; fishing; surfing; paddling; seafood restaurants; nature trails; events; music and art festivals; and weddings. Montauk Point State Park is home to the national landmark, the historic Montauk Point Lighthouse.

When European settlers first came to Long Island in the early 1600’s, they found the island inhabited by Native Americans of the Algonquian group, loosely divided into bands, grouped together into a confederacy under the leadership of the Montauk Sachem, who was considered to be the ruler from Montauk to the western end of the island. This chieftaincy was acknowledged both by the Indians and the Europeans as the ruling family of the island.The principal Montauk village, which probably bore the name of the tribe; was about Fort Pond, near Montauk Point.

Prior to contact, the Montaukett Tribe, like many Native Americans, did not reside in one place but ranged over a territory. What we know about these early inhabitants is meager, since they did not have a written language. They ate abundantly from wild game such as deer and wild birds, from fish and crustaceans, and grew corn, squash and beans, gathered berries, herbs and roots. They hunted whales in canoes and used the entire whale including whale oil, which they burned in large clamshells or rocks. It was the Native American who taught the Europeans how to whale. They built forts, the largest was on the hill where the Montauk Manor now stands. The Montauketts waged war with the Pequots and the Narragansetts, however a pestulence ravaged their tribe and by 1659 their population was so decimated that they wer forced to seek protection from the “English” against their arch enemies the Narragansetts. Their numbers further declined in 1788 when most of them left Montauk under the leadership of Samson Occum and joined the Brotherton Indians of New York. The few remaining Indians were forced from their land at Indian Field (the current Deep Hollow Ranch) after Benson bought Montauk in 1879. Even though the tribe was eliminated by order of the State Supreme court in 1910, a few mixed blood descendents still live in East Hampton and also in Brotherton.

Stephen Pharoah, also known as Stephen Talkhouse, King of the Montauks, whaler, champion race walker, civil war veteran. The first European settlers in East Hampton were a group of English men and women who came here from Massachusetts. The settlers purchased land from the Montaukett Indians in 1648, which extended from Southampton’s eastern boundary to Napeague beach. It wasn’t until 1665 that Wyandanch, the grand sachem of the Montauk tribe, gave the settlers the right to pasture their livestock on Montauk. In 1686 the Montaukett Indians sold Montauk to a group of East Hampton settlers, known as the proprietors, who owned the land in joint trust for almost 200 years.

While on Montauk, the keepers guarded the herds. Three houses were built to house them. Except for the lighthouse, they were the only buildings on Montauk until the late 19th century. First House, located just where the hills called the Nominicks rise from the flat plain of Napeague, burned down in 1774 and was never rebuilt. Second House, built in 1797, is now a museum run by the Historical Society. Third House, overlooking Indian Field on the grounds of Theodore Roosevelt County Park, dates to 1806 and is now run by Suffolk County as a museum.

The Montauk Lighthouse was commissioned by George Washington and built in 1797. It was a Coast Guard station for many years and its signal light and foghorn warned ships to stay clear of the treacherous rocky shoals that extend outward from the point. The lighthouse is now operated as a museum by the Historical Society and is visited by a million visitors annually.

Legend has it that treasure chests of pirate booty are buried in Montauk. Captain Kidd supposedly left two chests of his loot in Money Pond. No pirate loot has ever been found, however in more recent history plenty of loot, in the form of liquor, could be found on Montauk’s beaches. During the 13-year prohibition period, the Rum Runners, as they were called locally, used Montauk as a drop-off place for liquor. Old timers remember signals from ships moored out past the legal limit rousing the men to sea in small boats to bring in the cargo under the cover of darkness. The cargo, liquor, was brought to the sand dunes in small boats, where it was dug into the dunes, to be later picked up and transported to New York City in armed trucks.

Began when the heirs of the early proprietors sold Montauk for $151,000 to Arthur Benson who brought out his influential friends and built a few houses at the point. They called themselves the Montauk Association. These houses now enjoy historic landmark designation. Carl Fisher, who purchased Montauk from the heirs of Arthur Benson in 1926, fell in love with Montauk in the 1920’s whose rolling hills with little vegetation reminded him of moorland in England. He built the Montauk Manor, the office building in town, the golf course, the yacht Club, Tudor style homes and even a Tudor village for the workmen in anticipation of a summer playground for the elite. His grand vision of Montauk as the Miami Beach of the north ended with the Stock Market Crash of 1929, but Montauk’s popularity as a tourist attraction continues to grow.

Fort Pond Bay was first listed by name in a 1655 map published in 1680 by John Scott which makes note of a Montaukett Native-American fort on its banks.

Early settlers in the area raised cattle and sheep on the bluffs above the bay. During the American Revolutionary War during the Siege of Boston British warships sailed into the bay in 1775. Local militia under Capt. John Dayton, feigned they had more men than they had, turning their coats inside out as they marched back and forth on top of a high hill to the south. The tactic is called Dayton’s Ruse.

Long Island was occupied throughout the war and the bay was used by the British for their blockaide of Connecticut. In 1781 the HMS Culloden (1776) ran aground while pursuing a French frigate during a January storm. The ship, which survived the initial ground hit a rock and had to be scuttled in the bay at Culloden Point and burned with its canons thrown overboard. Its debris field and wreck site is now the only underwater park on Long Island.

In the late 1700s, the small fishing village of Montauk was established at the southeast corner of the bay. In 1839 the Amistad anchored in bay (also at Culloden Point) when the surviving crew tried to convince their revolted slave captors that they had returned to Africa as they went for provisions in the village of Montauk. The ship was seized by the USS Washington (1837) in the bay.

In the 1890s, Austin Corbin extended the Long Island Rail Road from Bridgehampton, New York to the Montauk fishing village (the line extension was called the Fort Pond Railway). His friend Arthur Bensen purchased 10,000 acres (40 km²) of Montaukett land around the village and the LIRR began advertising that it could cut a day off ship travel by docking in Montauk and taking the train rather than going to New York. Corbin built a steel pier into pond for the overseas ships (even as the Corps of Engineers continued to caution against using the bay because of rocks.

The dream was never to materialize and the U.S. Army bought the land for Camp Wikoff. Theodore Roosevelt and his Rough Riders were to come by transport into the bay following the Spanish-American War at the camp to be quarantined over concerns about Yellow Fever.

Mom, thanks for teaching me to stop and smell the

Mother (n). One person who does the work of twenty

Hakuna Mimosa- it means no worries! 🙃 Join us f

We're so close to opening night tomorrow that we c

You won't have to go without our salmon tartare fo

Your future looks rosé. 🍷 Join us as we celebr

This website uses cookies to improve your experience while you navigate through the website. Out of these, the cookies that are categorized as necessary are stored on your browser as they are essential for the working of basic functionalities of the website. We also use third-party cookies that help us analyze and understand how you use this website. These cookies will be stored in your browser only with your consent. You also have the option to opt-out of these cookies. But opting out of some of these cookies may affect your browsing experience.
Necessary Always Enabled
Necessary cookies are absolutely essential for the website to function properly. This category only includes cookies that ensures basic functionalities and security features of the website. These cookies do not store any personal information.
Non-necessary
Any cookies that may not be particularly necessary for the website to function and is used specifically to collect user personal data via analytics, ads, other embedded contents are termed as non-necessary cookies. It is mandatory to procure user consent prior to running these cookies on your website.
SAVE & ACCEPT